We’ve taken hundreds of photos during these three days in Tokyo — it always happens to have a long story with a pile of photos after a journey. However, no one has the time to read, listen or watch the “full version”. And here is a summary of the craziness of life concentrated in the megalopolis in just 6 photos.

Japan — you either love it or hate it! We’ve heard this several times before heading to the land of the rising sun. We landed at Narita international airport with open minds and eyes wide opened and it was like landing on another planet!

Travelling eastwards and arriving in the morning adds almost a loooooong extra day to your vacation. However, after visiting the Tokyo Imperial palace gardens in the afternoon we needed an energy boost to go on. According to a Lonely Planet review not a lot of cafes in Tokyo serve good strong European coffee; still they recommend Maidreamin in Akihabara.

It was not easy to find the place. Men patiently waiting for something at the staircase outside should have been shocked by two queue-jumping Europeans. Who could have thought they are waiting for a coffee… well not only coffee?

It was time for us to be shocked when we entered Maidreamin! Imagine a huge doll-house, pink, yellow and meadow-green walls, waitresses dressed like maids, full of grown-up males drinking Strawberry Milk, eating Funny face banana portion and behaving like infants petted by the maids. Each of them, however, has an album to collect photos with the maids — there was some kind of exchange of the photos as well.

Refreshed by the coffee we stroll the night Akihabara district. Akiba, know as “the electric town”, was once a place to score cheap electronics; now the 7 story buildings are occupied by video games machines. Each floor in each building has a different set of games — arcades, shooters, dance, retro games, some very abstract games, etc. — and almost every single seat/space is occupied. Akiba is like a city within a city, with its own culture and citizens.

Manga and Amine define a separate culture trend not only in Japan but worldwide. Anime fests in Europe do not happen that regular as the fans would like to. In Tokyo, however, anime buffs gather every weekend at Harajuku!

We’ve been greeted by a half-naked viking warrior, accompanied by a which (without the broom). “Death Note” fans, fully dressed as the manga characters were practicing a new choreography; several Toto & Totoros were playing hide-and-seek in the nearby park. Apparently, we’ve also been of an interest as lots of locals insisted on taking pictures with us 🙂

Harajuku is also the center of alternative fashion, decor, Gothic Lolita, and punk. Words are not strong enough to describe the vibrancy, colors and craziness of the nearby boutiques, shops and hairdressers — you must experience this by yourself.

Walking 5 minutes in Tokyo straight in a random direction will lead you to a metro station. So true! It is almost impossible to get on a train during peak hours but for the rest of the day the subway is the most convenient and cheep (especially with JRPass) to explore Tokyo. Sleeping in the trains is common — it is still an enigma how a sleeping passenger gets up exactly when the train approaches their station.

Have you noticed the big shoes of the guy in the middle? It’s not because he is very tall… Men but most often women buy bigger western shoes just because there are no smaller ones. The smaller size of Italian shoes for adult women is, let’s say, 36 — this is a way to big for the Japanese women.

On the way back for Tsukiji Market (the famous fish market in Tokyo) we passed by a Kabuki theater and “luckily” there was a show which we could join. The Kabuki shows last for more than 6 hours but tourists are allowed to watch one act from the very far balcony.

We’ve got the idea what Kabuki is — something totally incomprehensible for western tourists. At least we had some rest as strolling the Tsukiji Market from 6am till noon was exhausting.

After a long day walking in Tokyo you need to relax your mussels. What’s a better place than an onsen? Do not imagine a fancy spa — the very basic and extremely clean traditional baths are worth visiting! Check in advance whether the onsen of your choice allows visitors with tattoos.

Unfortunately we did not check that all sumo schools are closed on Sunday… As a poor alternative, we went to a “Cat House” where Japanese go to pet and hug cats. It’s weird for western people but “Cat Cafés” have become increasingly popular in Japan — you can find “Hello Kitty” and “Krocchi” almost everywhere.

Mind-blowing, intense, shocking, unexpected, wonderful, euphoric Tokyo — you can barely scratch the surface of this alien space in just three days but they were enough to fall in love with Japan! 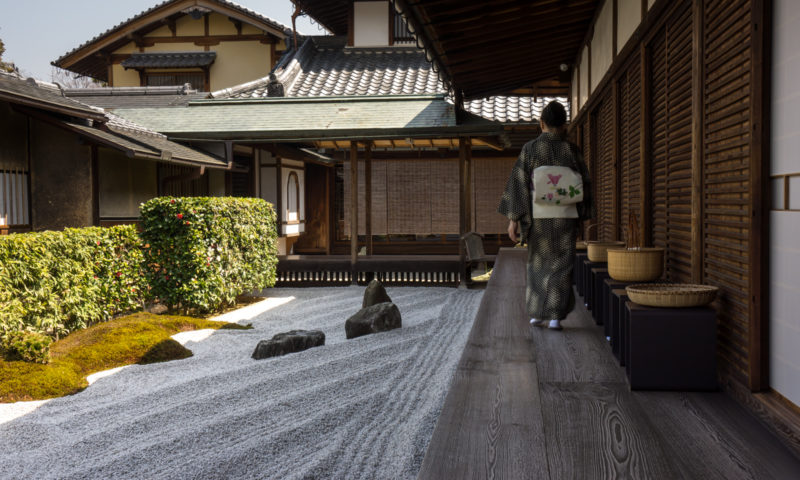